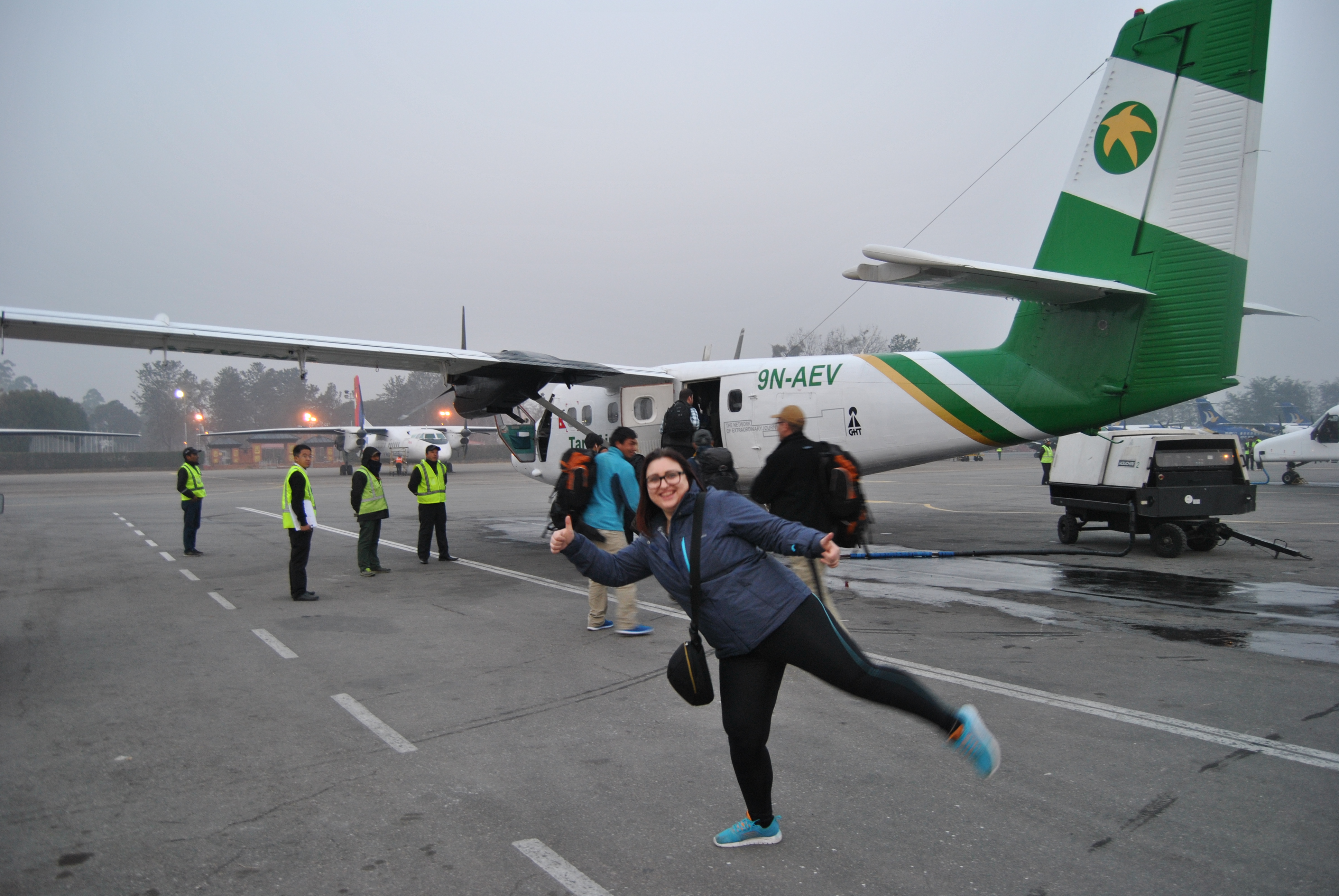 Nepal never stops to amaze you. Travelers all around the world want to dwell in the beauty which county offers. As trekking off-season just passed, Trendy Feb 2019 brings the newcomers some of the wondrous destinations that offer the best experience.

What is Trendeous in February?

To sort our your thoughts let us begin with some of the amazing destinations yet not visited by you and the fun fact is you should totally prepare yourself for these heart-melting places.

Trek through Taplejung in the Kanchenjunga region to see towering Himalayan peaks including Mt. Kanchenjunga (8,586 m), the third highest peak in the world, amid lush rhododendron forests. 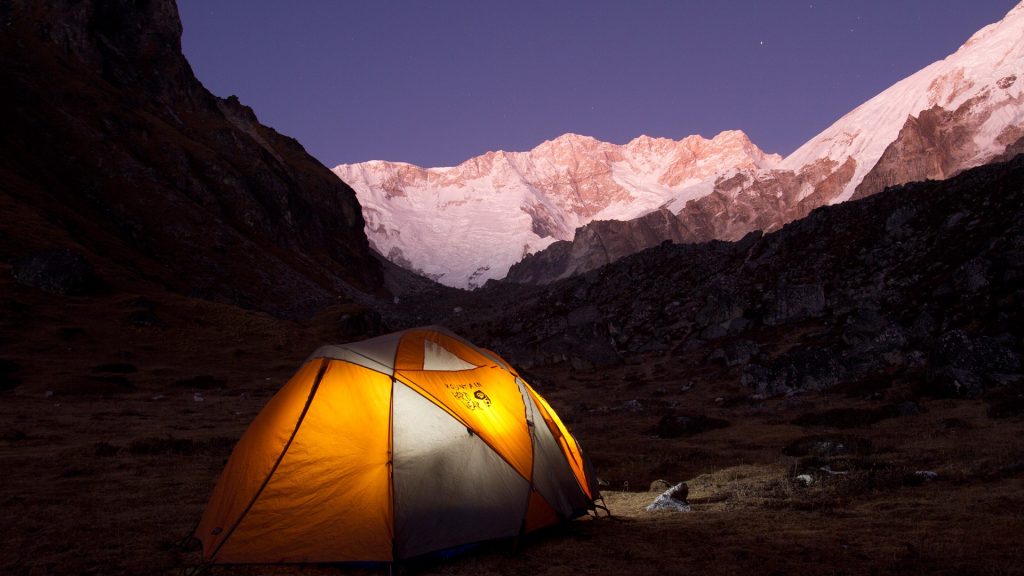 Opt for the sacred Pathibhara trail and get a Darshan of the wish-fulfilling Goddess. Or search deep into the valleys to see cultural treasures in the mountain settlements and ancient routes.

This is one of the most beautiful areas in the country in the far-eastern Nepal borders with India in the east and the Tibetan Autonomous Region of China in the north. Alpine grasslands, rocky outcrops, dense temperate, sub-tropical forests, and low river valleys make up the area.

Nearby is the Tinjure Milke Jaljale ridge that forms the border between Taplejung, Tehrathum and Sankhuwasabha districts. This is an area well known for its bio-diversity including the world’s largest natural rhododendron forest with the highest number of rhododendron species in the world. So it is on the list of Trendy Feb 2019.

The rich cultural heritage of Taplejung is reflected in the Buddhist gompas (monasteries) such as the 400-year old Diki Chhyoling Gompa of Olangchungola which has a life-size statue of Avalokiteshwara. 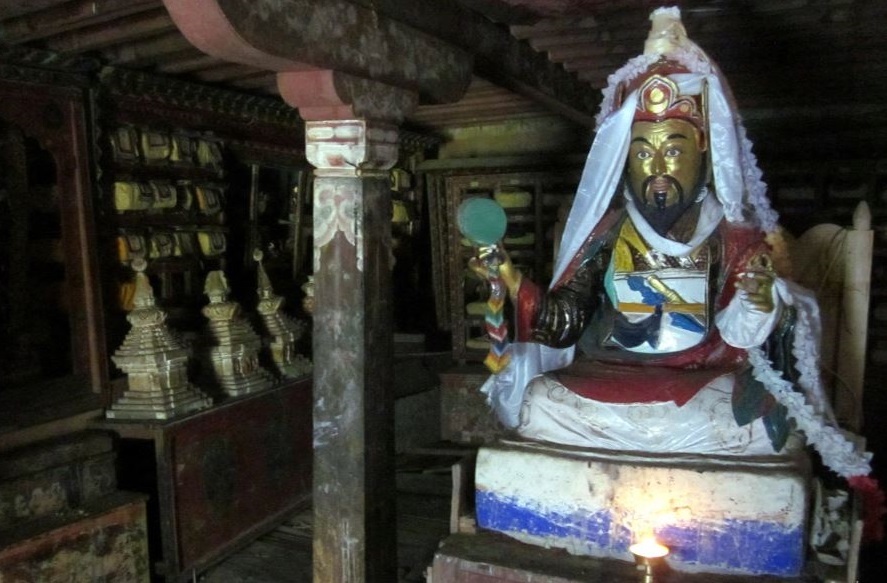 A butter lamp at the altar has been burning here uninterrupted since the construction of the gompa. The waters of a small stream outside the gompa continuously spin twelve prayer wheels with the prayer “Om Mane Padme Hum” inscribed on them.

The predominant people in the Kanchenjunga region are the Limbus, with the higher regions inhabited by people of Tibeto-Mongoloid ancestry. Tibetans, Sherpas, Rais, Gurungs, Magars, Newars, Sunwars, and Tamangs also live in this area, while the area also offers cultural diversity of Chhetris and Brahmins.

Cardamom farming, agriculture, animal husbandry, and tourism are the major means of livelihood for the people here. The Sherpa people, who arrived from Tibet more than four hundred years ago, live at higher altitudes. The Sherpas of this region have a distinct culture and tradition – quite different from the Sherpas who live in the Solukhumbu district in the Sagarmatha region.

Taplejung is connected to the rest of Nepal by the 227-km Char Aali-Ilam-Phidim-Taplejung road.  There is an air link with Kathmandu and Biratnagar from the STOL airstrip at Suketar.  You can also take a bus from Dharan to Dhankuta – Basantapur – Hile and trek from there. In the dry season, bus services are available from Birtamod, Jhapa in East Nepal and from Phidim in Panchthar district.  Often an overnight stay is required; otherwise, it is a full day’s journey.

Basic tourist facilities for accommodation and food are available in the area. Private and community-owned campsites are also available. Lodges and home-stays provide a local cultural experience. Still it is one of the buzz in Trendy Feb 2019.

Trek through the hidden valleys of Dolpa, visit the ancient Shey Gompa (The Crystal Monastery), touch the icy waters of  Phoksundo Lake, see yak caravans cross high-Himalayan passes, visit some of the highest settlements on earth like the Dho-Tarap valley; Dolpa will never cease to amaze you. 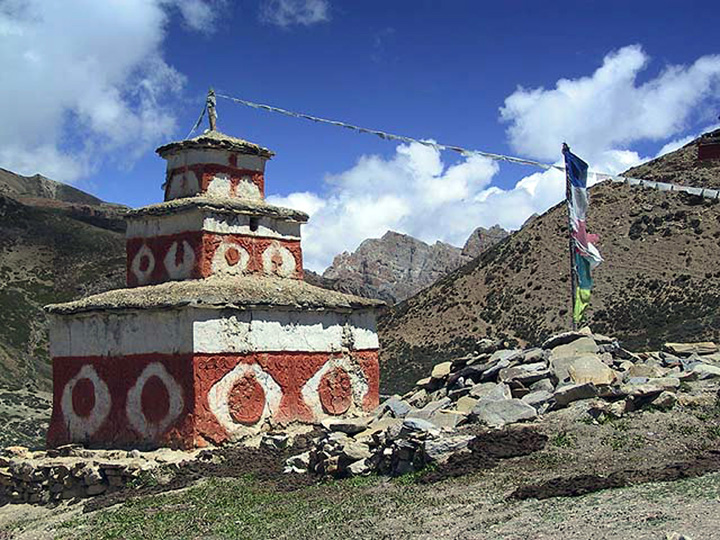 Dolpa or Dolpo was popularized by the film “Caravan” which showcases the extraordinary untouched beauty of the region.

It is remote and fascinating, confined by the Dhaulagiri range in the south and east, the mountains Sisne and Kanjiroba in the west and Tibet towards the north. Lake Phoksundo with its turquoise waters is the major attraction in Dolpa. 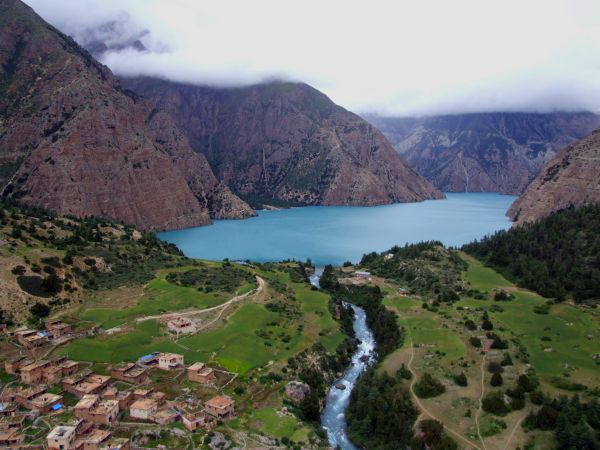 The people of Dolpa generally settle at altitudes of 3,660 m to 4,070 m and these are probably one of the highest settlements in the world. There are 130 gompas in Dolpa which speak volumes for the religious nature of its inhabitants.

The trek is enlivened by the sight of yak caravans that even today travel long distances through difficult terrain to barter goods. 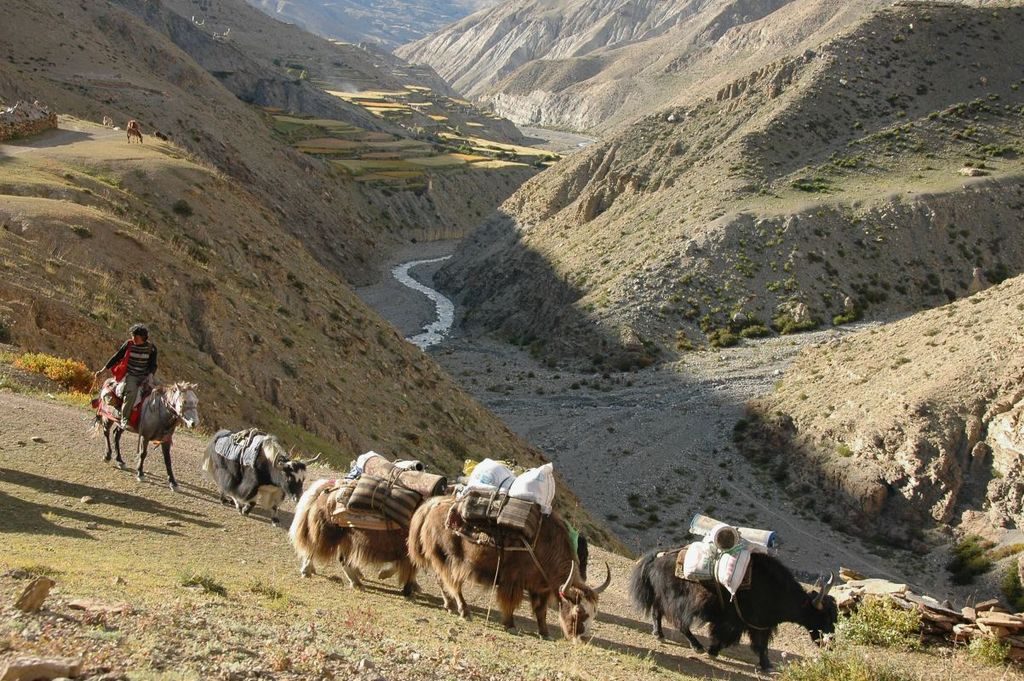 Closely linked with Tibet, the people speak Tibetan, have strong Mongoloid features, maintain their Tibetan culture with monasteries that follow closely the Buddhism of Tibet. The proximity with Tibet has ensured that little has changed since their forefathers crossed the border into Nepal. This trek is an opportunity to meet people who follow a lifestyle that goes back centuries.

These unexplored, high altitude valleys were not opened until 1989. Isolated by the difficult topography, the people in this region have preserved their lifestyle, remaining almost untouched by the trappings of modern society.

Dolpa falls among Restricted Areas. Therefore, trekkers require Trekking Permit from the Department of Immigration in addition to the TIMS card to trek to this region. Trekkers should be physically fit as there are long and strenuous stretches en route. So, for Trendy Feb 2019, Dolpa offers great thing but you have to think about thways to enjoy most.

A wonderfully pristine trekking circuit which allows you to circle around Mt. Manaslu, the world’s eighth highest peak. Visit untrampled trails through rural Nepal with epic views that have to be seen in person to be truly experienced. Manaslu (8,152m) is an opportunity to enjoy quiet time trekking in pure bliss away from the noisy modern world.

The trek on an ancient trail along which you enjoy authentic Nepali culture and hospitality, promises breathtaking views of Mt. Manaslu and its Himalayan peaks counterparts always on the background. Be prepared to witness the ancient culture and almost medieval lifestyle of the people as you trek up northwards. 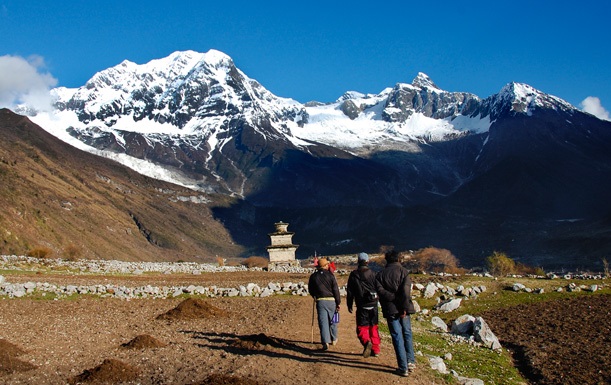 Modernization and commercialization have not touched the purity of the environment yet, so your trek to Manaslu will be a time-travel experience. Teahouses are on the trail for night stay. The other option is to camp under the starts.

Internet access and charging of phone and other electronic equipment, are possible at the tea houses along the trail. The trek offers ample opportunities to take great pictures. Therefore, don’t forget to carry a good camera!

Manaslu shares much of its culture and history with its neighboring territory, Tibet. Buddhism is a major religion, as one can observe Buddhist monasteries, architecture, and tradition all the way.

The region, which was officially opened for visitors from abroad only in 1991, falls in the Restricted Areas and tourists must acquire Trekking Permit from the Department of Immigration in addition to the TIMS card for visit for visitors to this region.

The legendary Annapurna region is the most diverse and popular trekking area in Nepal. From the full three-week Annapurna Circuit, which stretches into the historic Mustang region to short three-day treks, there’s a trek suitable for everyone here.

As the name suggests, the centerpiece of this part of Nepal is the range of mountains that includes Annapurna I, the first of the 8,000 m peaks to be climbed. Also included in this region is another 8,000 m giant, Dhaulagiri, which is located west of Annapurna I. 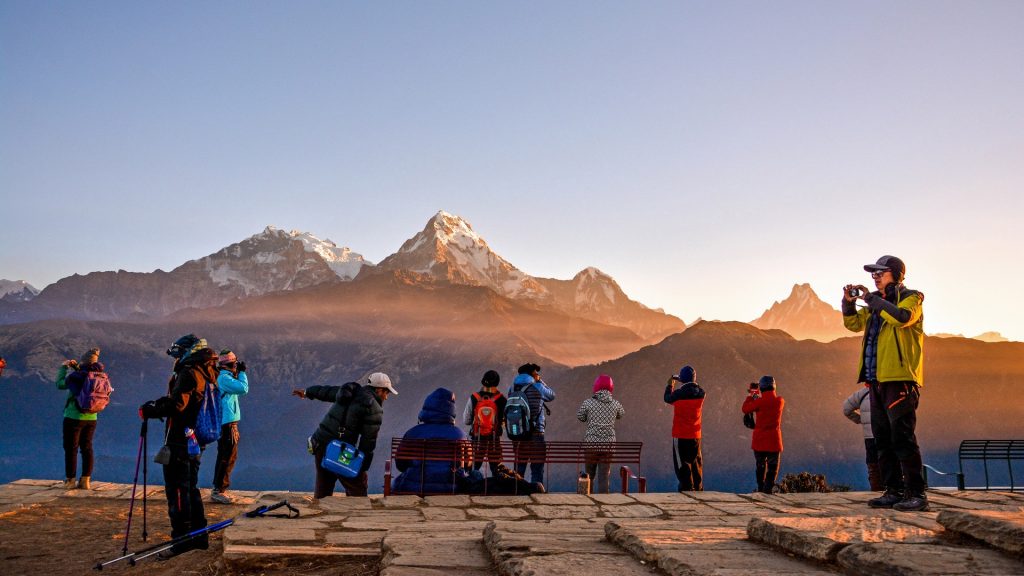 Views of lush, fertile farmland and undisturbed natural forest, snow-covered mountains, and encounters with a mixture of many ethnic communities, all add up to a diverse range of experiences that make this area one of the most satisfying trekking destinations in Nepal.

The fact that the Annapurna chain of mountains lies inland causes a large chunk of land to fall in the rain shadow area.

Hence these parts are considerably drier than the southern slopes of the mountains. This leads to unusually diverse landscapes and the possibility of trekking during the monsoon.

Reach the highest point on earth or choose to live out your dream by standing at the foot of Mt. Everest (8,848 m).

The Everest region in Nepal is more than just trekking, it is a milestone in anyone’s life, and some have even described the experience as a journey close to Nirvana. Located in the northeast province of Nepal, this is a colony to dramatic glaciers, deep settlements, several majestic mountains.

Passing through legendary Sherpa villages, the trek is a mix of a deep cultural and spiritual experience in addition to the physical one. Buddhist lamas, monks, and nuns led by Rinpoches (reincarnate lamas) serve the predominantly Sherpa communities from gompas (monasteries).

The journey to Everest or Everest Base Camp begins from Lukla if you are taking a direct flight from the capital. However, for die-hard lovers of trekking, there is another switchback starting from Jiri through the mid-hills of Solu; ethnically diverse and flora-rich.

Taking a flight is a time-saver, while trekking from Jiri gives you the opportunity to take in each tiny detail of the trek, with extra time to meet the charming people and see the rich flora and fauna on the trail. 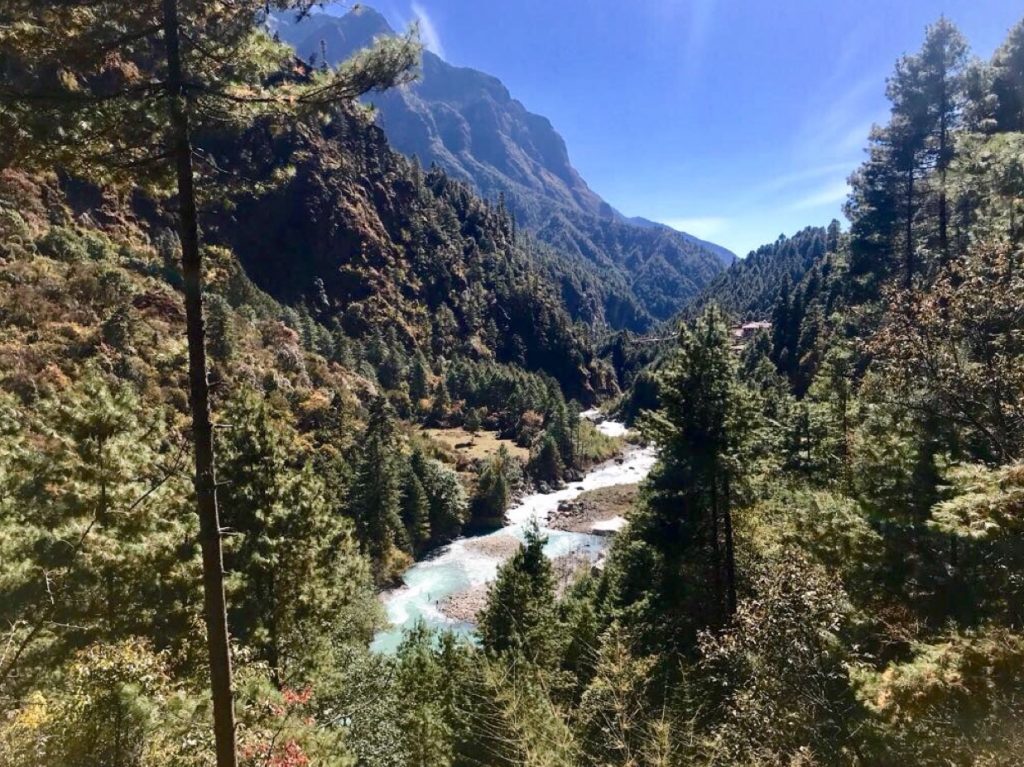 The option from Jiri will roughly take 10 days to reach the famous Sherpa village, Namche Bazaar (3,500m). The Sagarmatha National Park in the Khumbu is one of the few places on earth with the rarest bio-diversity and the highest and youngest mountain system in the world.

For those with sufficient time, a 10-12 day trek through Solu to the Khumbu and the Sagarmatha National Park is an excellent itinerary both in terms of acclimatization and to experience the changing customs, traditions, and lifestyles as you pass through lower altitude settlements to those in the higher altitudes. 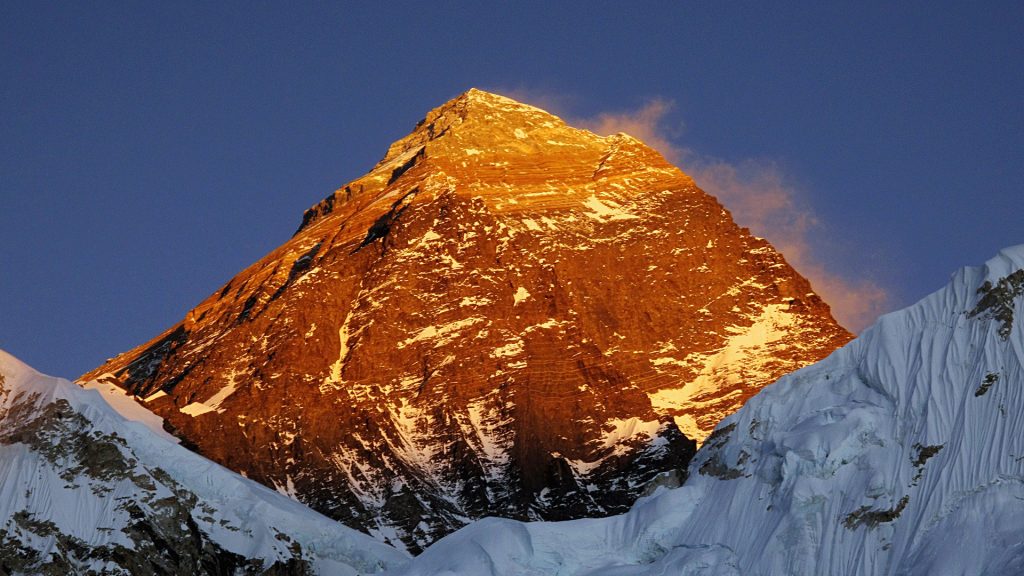 A part of the Himalayan ecological zone, the park was added to the list of UNESCO Natural World Heritage Sites in 1979. The park contains three of the world’s seven highest mountains Sagarmatha or Mt. Everest, Lhotse, and Cho Oyu and is also home to several other prominent peaks most of which are above 6,000 meters.

Climbers and trekkers continue to trek to Everest Base Camp and not surprisingly the “Roof of the World” continues to be the scene of some of mountaineering’s most significant accomplishments and a favored haven for alpine enthusiasts.

The Everest region has been valued as the key to the evolutionary history of the Earth and is also a habitat for some rare and endangered species like snow leopard, red panda, Himalayan black bear, musk deer, and Himalayan wolves.

Trek to Langtang if you want a relatively short itinerary with all the excitement of the Himalayas. Here, the trail is less crowded and the trek more rewarding.

This is one of the most accessible trekking regions near the Kathmandu Valley with short day hikes or week-long ventures into the lake district. An ideal region if you are short on time but still want to trek the Himalayas and experience the wonderful cultures of the native Tamangs. 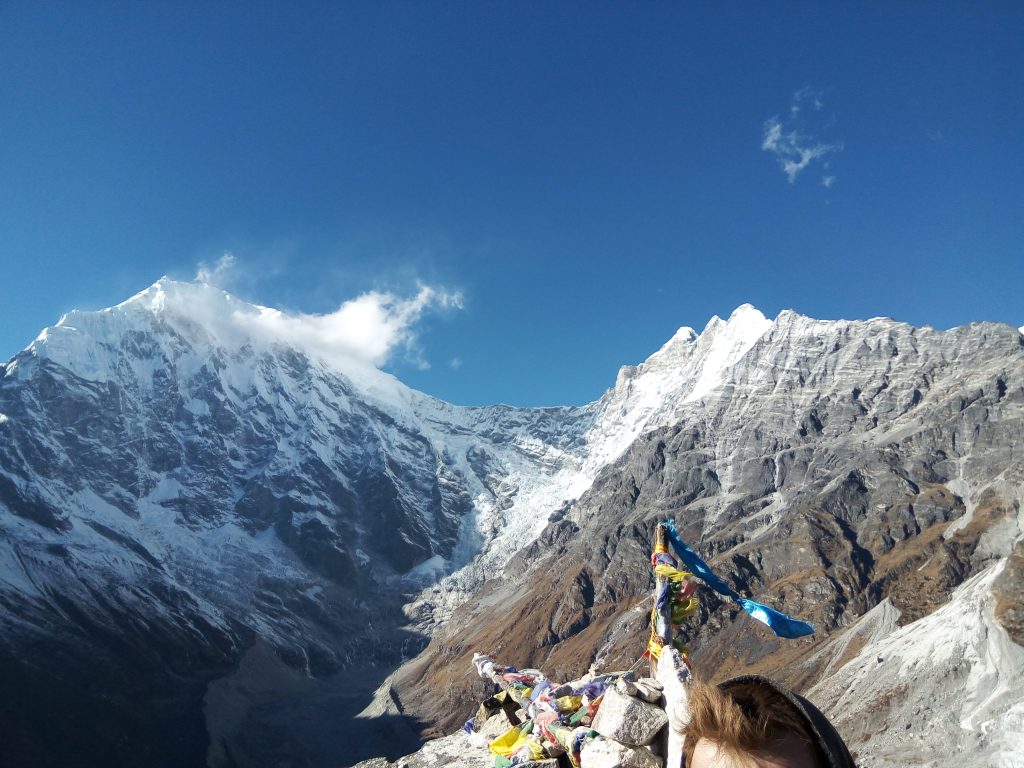 Partly protected as Langtang National Park, visit the area gives Himalayan nature experience and an insight into the lifestyle and culture of the Tamangs who are predominant inhabitants of the region.

Located about 30 km toward the north of Kathmandu near the Tibetan border, Langtang, and extending in an east-west direction, it is bordered on the north by the main crest of the Himalayas, dominated by Langtang Lirung (7,245 m), the highest peak in the area. 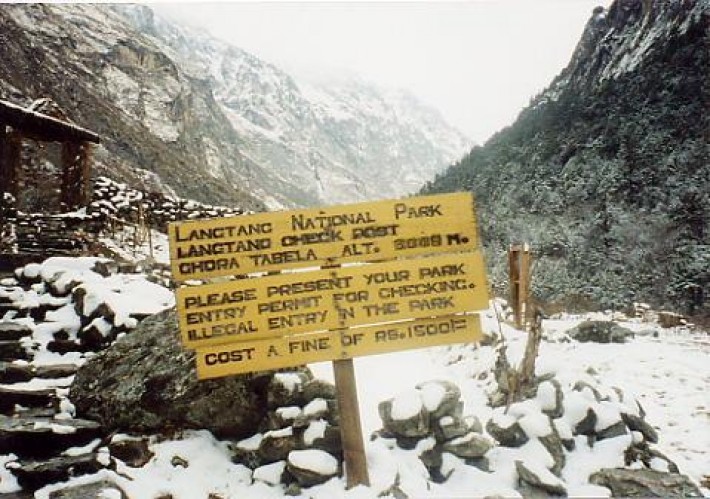 To the south are the Chimse Danda (ridge), crossed by the Ganja La pass (5,122 m), and Jugal Himal, culminating in Dorje Lakpa (6,989 m). Glaciers spawned by the slopes of Dorje Lakpa, Langtang Lirung, and other peaks feed the Langtang Khola (river).

The Langtang River passes through the high, gentle Langtang Valley before emptying in a raging torrent into the Bhote Kosi River through a long, narrow defile at the west end of the valley. 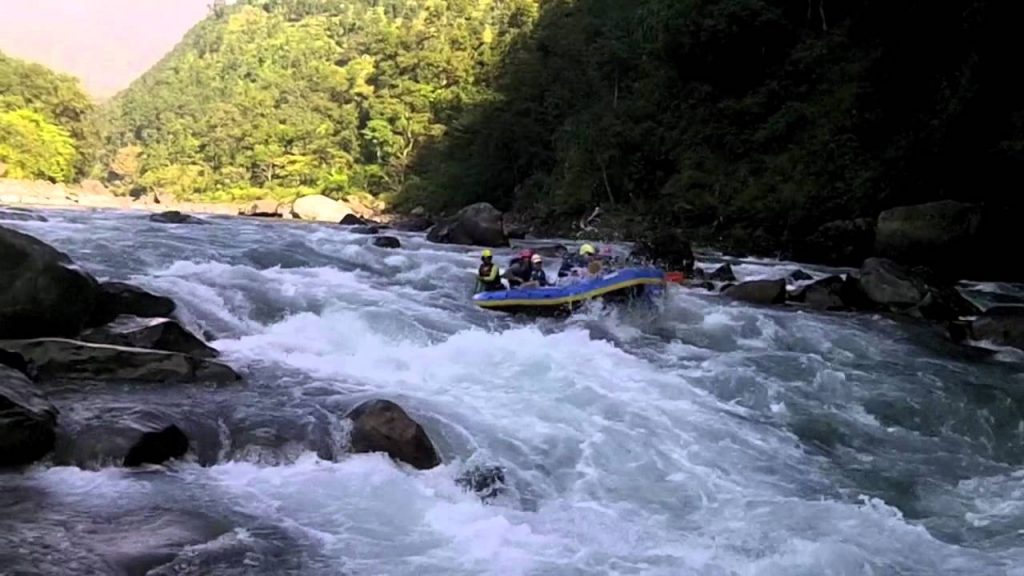 Whereas the major rivers of Nepal flow south from Tibet cutting through the Himalayan chain, the Langtang Khola, a major tributary of the Trisuli Ganga, flows east to west, cutting, as it were, across the grain of the country.

The Trisuli, or Bhote Kosi as it becomes above Dhunche, forms an important corridor and ancient trade route through the mountains between the Ganesh and Langtang Himal, to Kerung in Tibet.