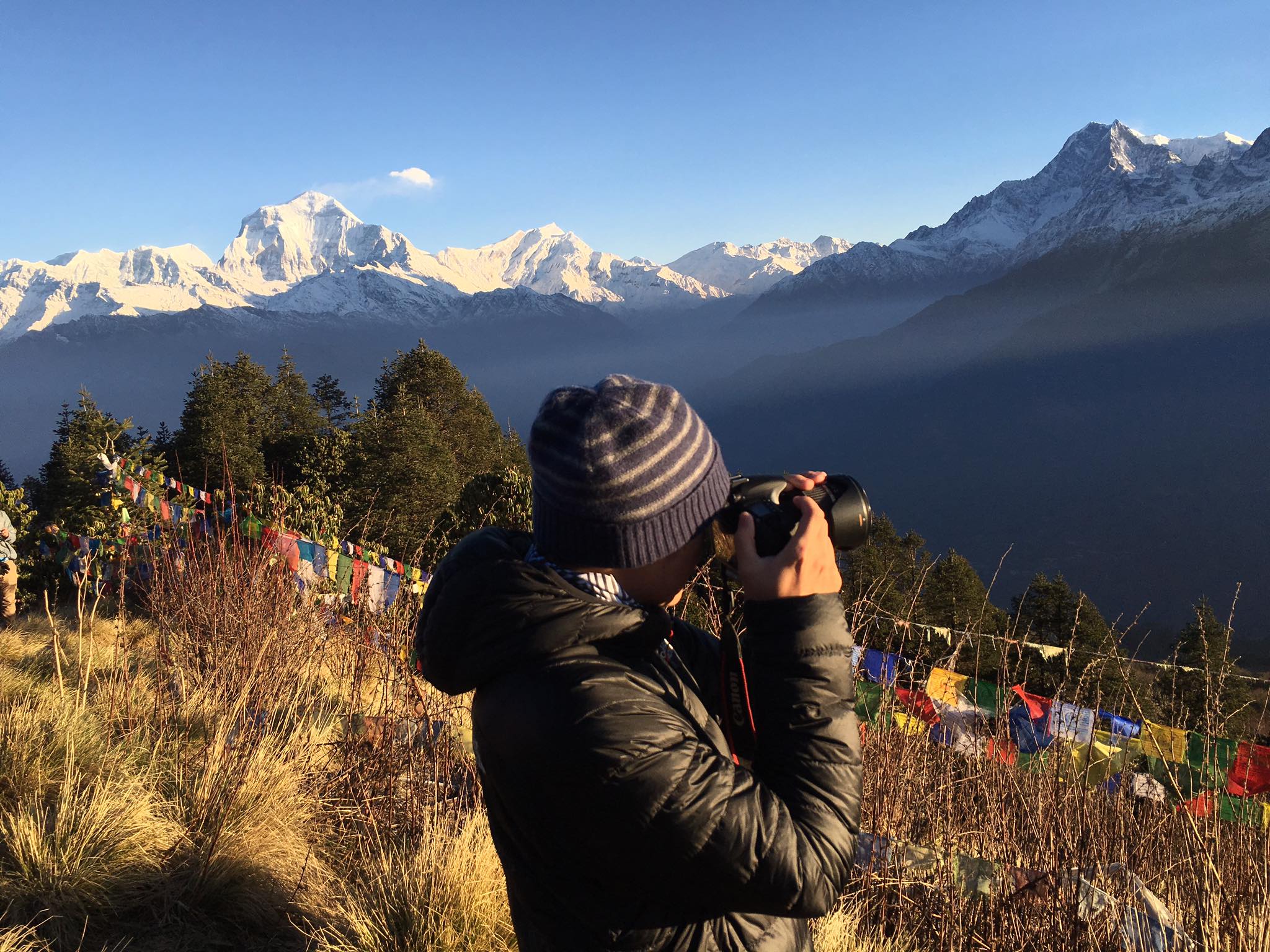 Travel and Leisure are always a fun part of an adventurous life. It is said that a tourist should know where he has to go, but a traveler should never. Meanwhile, with these “lesser-known” destinations of Nepal, let the road take its own course- 2018 Dec 27, The Himalayan Times 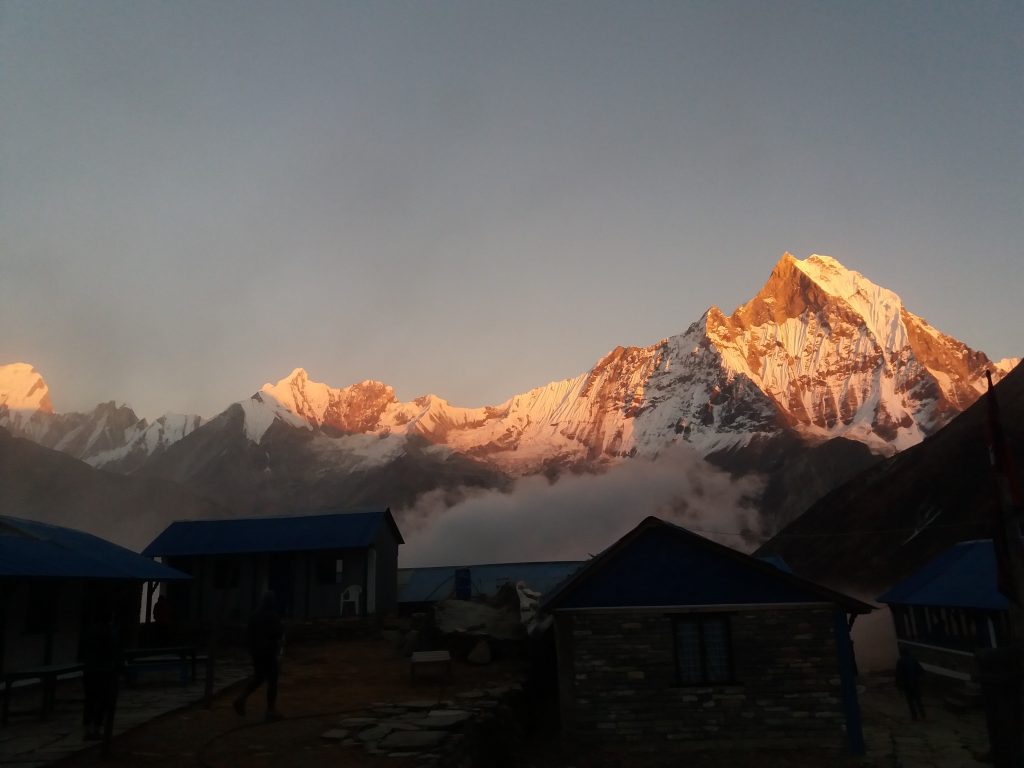 For dainty and endless otherworldly experiences

Nepal is the world’s epic destination and there is always something for Travel and Leisure. In other words, Nepal is filled with the wilderness of the Himalayas, diversified culture, and natural resources. You can always taste the wonderful experiences it offers. But, the tragic truth is some of those are beyond traveler’s textbook content and has not come up in media’s grip too. As being close to the new-year-beginnings, let’s have a look a the milestone of our country.

A myriad of tours and travel signifies this point as an unspoiled trekking trail. This trails seek adventure but ultimately carries a religious significance. To clarify, it is more of a pilgrimage than just a holiday spot. 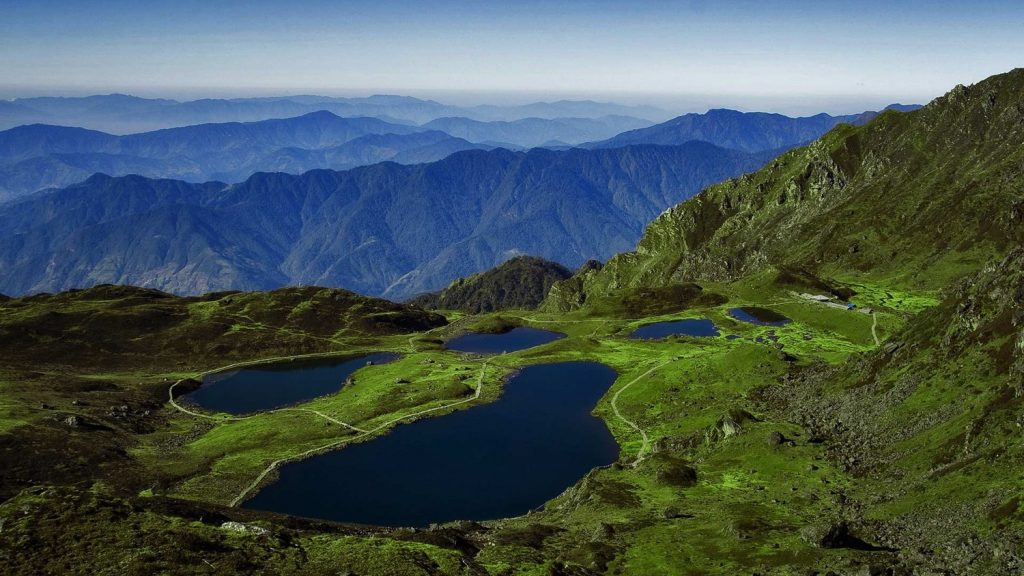 The five holy lakes perched up in a hill Surrounded by Jugal Himalayan Range are given a divine status, seen by many believers as the place to absolve one’s skin. One of the resemblances of this site is the occasion of Janai Purnima- a ritual changing of the sacred thread (Janai).

Also, Panch Pokhari is located in Langtang National Park. Chautara or Jalbire will be the starting according to the itinerary you customize. For an instance, the best season to be in this place is the Autumn of September and November.

The Rinchenling Gompa is an ancient Tibetan Buddhist monastery in Nepal. This monastery can be found in the Limi Valley, which is situated on Nepal’s north-western border. Similarly, it is close to Tibet and nestled at an astounding elevation of 3,600 m. Due to its proximity to Tibet, it is the Tibetan language that is spoken by the people of the Limi Valley. Thus, it is considered one of the beautiful regions of Himalayan Nepal but still remote. 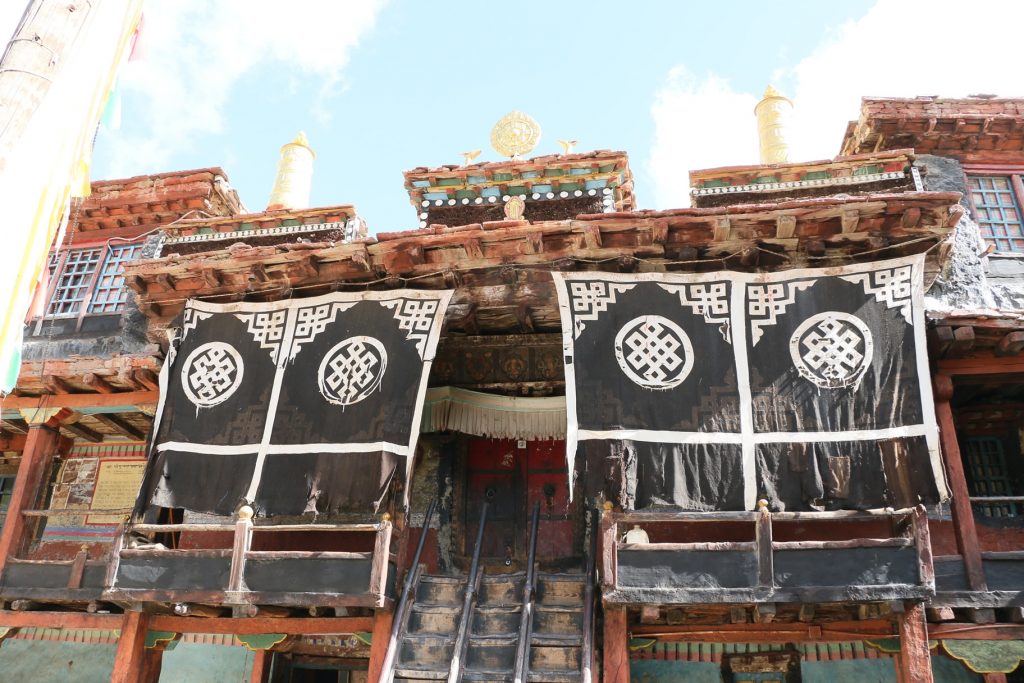 Rinchen Zangpo founded Rinchenling Gompa (either during the 10th/ 11th century AD). He translaed Buddhist texts into the Tibetan language. So, the tradition believes him to have played a great role.

Further, the Rinchenling Gompa surrounds a rectangular open courtyard. The primary room for the religious function is on the upper two stories of the monastery’s northern side. It includes the assembly halls and the library.

It is roughly a six-day walk from the nearest airstrip in Simkot. Accommodations are either the Haji Village guest house or camping facilities.

In the tourism year 2011, the Nepal Tourism Board along with the UN had opened a new trail for trekking in the Ramechhap district to promote tourism there. The trail focusses on culture and permits free low altitude trek. Also, the disctance is just 80 km east of Kathmandu.

The highest point of the trek is Sailung Peak offering glorious views of the mountains stretching from Annapurna to Everest. The easiest way is to start from Dunche and hike downhill to Lubughat. Ramechhap bound buses run daily to Mude from Kathmandu’s Ratna Park bus station at 6:30 am.

TRAVEL AND LEISURE IN TSUM VALLEY

Tsum Valley was a restricted area until opened for trekking in 2008. The Tsum Valley is a sacred Himalayan pilgrimage valley situated in northern Gorkha, Nepal. Literally “Tsum” means vivid. Against the majestic backdrop of the Ganesh Himal and Sringi Himal, and Boudha ranges, this serene Himalayan valley is rich in ancient art, culture, and religion.

Moreover, the local people are mostly of Tibetan origin and speak unique dialects. Trails are full of drawings of deities and inscribed with prayers. In the same vein, you can find artistic chortens lined with mani walls made of thousands of carved stone slabs. The famous Kyimu Lung is a pilgrimage circuit in the central Trans-Himalaya and well known for its center of learning and meditation. This circuit traverses the Tsum Valley the Manaslu area in Nepal, and southern parts of Tibet. 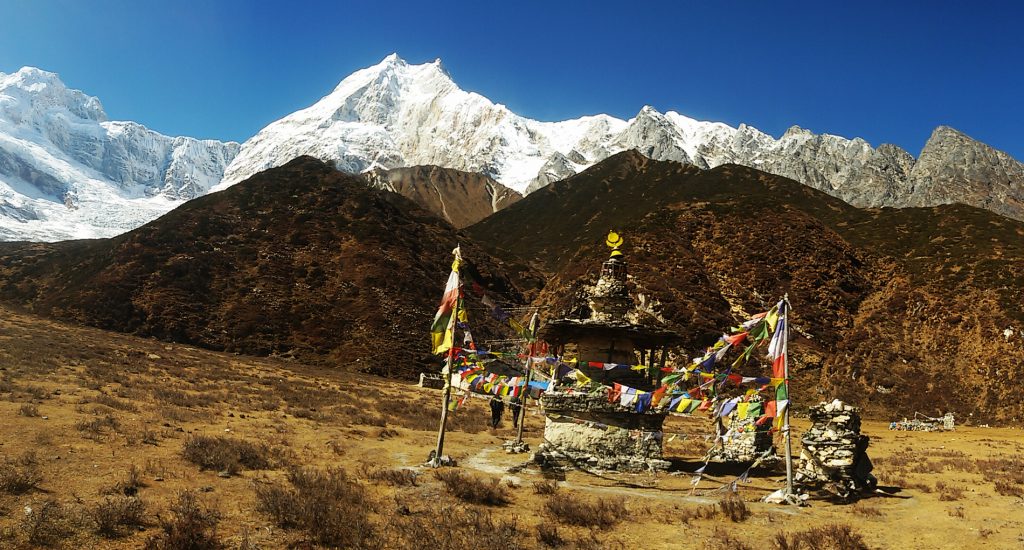 Tsum valley had a traditional name as “Tsum Tso Chuksum”. The Tsum Valley has a long history of Buddhism. It is believed that Buddhist saint Milarewa meditated in the these mountains. Further, the valley is a culturally distinct geographical.

Also, a single territory included thirteen provinces and ruled as one. Likewise, the ancient remains of the Tsum Kingdom are still visible today. Due to its remoteness and inaccessibility, this sacred valley and its people have been bypassed by mainstream development for centuries. As a result, the unique culture of this valley has remained intact.

Shear Khola has drained the valley. Further, it originated from the western glacier of Ganesh Himal and east/ southern glaciers of Sringi Himal. As a result it meets the Budhi Gandaki at Nyak.

The valley is uniquely rich in wildlife where the Himalayan Thar and Blue Sheep congregates in herds of 50 to 200. That is to say, Tsum Vallet does not allow hunting or fishing. The valley also boasts some unique and historic monasteries, including Rachen Gumba and Mu Gumba, which lie on a pretty plateau nestled in the lap of the valley, and Gumba Lungdang, situated at the base of a conical hill against the main slope of Ganesh Himal.

The most convenient way is an 8-hour long drive from Kathmandu to Arughat in Gorkha district. Before reaching the valley, the trail passes through several vibrant villages and towns of Machhakhola, Jagat, and Philim. For your simplicity, you can try the Manaslu and Tsum Valley Trekking.

TRAVEL AND LEISURE OUT IN THE WILD

According to Lonely Planet, Bardia National Park is the largest national park in the Terai region. Although a well-known sanctuary among the Nepalese, the park isn’t as frequented as the Chitwan National Park. Commercial developments have not spoiled any of the beauty and wilderness of this park. One can raft through the park for hours on end and not encounter another person.

Further, there are several safari lodges in Bardia that provide excellent accommodation and facilities for guests to enjoy wildlife activities. An SUV or a bus to Bardia National Park from the airport (Nepalgunj) will take about 3-hours.

Certainly, these destinations will offer you a great experience and let you excel in Travel and Leisure.