Searching for a Complete Guide to Langtang Trek

Searching for a Complete Guide to Langtang Trek. Then you are in the right place. We are offering this free information that could benefit me than you think. So, let’s start.

Langtang one of the best trekking point of all time was devastated by the earthquake in 2015. Still, with new hope and with refurbishment Langtang is creating the best scenario for foreigners and tourists, The Guardian published in December 2016 or even the Samaritan’s Purse International Relief states that.

Not sure? Then believe in the team of Nepal Lion Tours & Treks and our trekkers as they are waving a sign of safety and do read this Complete Guide to Langtang Trek. 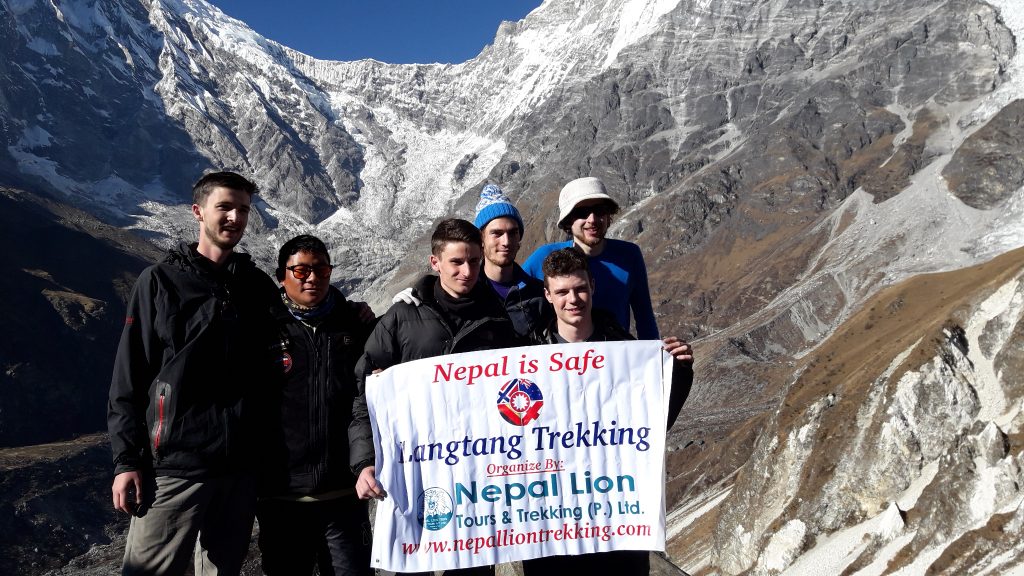 Firstly, trekking Langtang means tapping into up-to-date info. Save these names into your browser: the official tourism website, Discover Nepal, and the Kathmandu Environmental Education Project (KEEP). Secondly, keep an eye on the Weather Network and the Langtang satellite, too?

Above all, Nepal Lion Tours and Treks is offering a range of options to be in the Langtang Region and enjoy the moment. 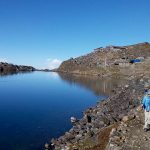 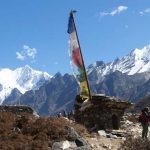 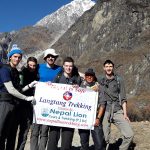 NEPAL AT A GLIMPSE

The southern lowland plains or Terai bordering India are part of the northern rim of the Indo-Gangetic Plain. Consequently, Terai is a lowland region containing some hill ranges. The plains were formed and are fed by three major Himalayan rivers: the Kosi, the Narayani, and the Karnali as well as smaller rivers rising below the permanent snowline. This region has a subtropical to tropical climate.

The outermost range of foothills called Sivalik Hills or Churia Range, cresting at 700 to 1,000 meters (2,300 to 3,280 ft), marks the limit of the Gangetic Plain; however broad, low valleys called Inner Tarai Valleys (Bhitri Tarai Uptyaka) lie north of these foothills in several places.

On the other hand, Himal is the mountain region containing snow and is situated in the Great Himalayan Range; it makes up the northern part of Nepal. It contains the highest elevations in the world including 8,848 meters (29,029 ft) height Mount Everest (Sagarmāthā in Nepali) on the border with China. Most importantly, seven other of the world’s “eight-thousanders” are in Nepal or on its border with China: Lhotse, Makalu, Cho Oyu, Kangchenjunga, Dhaulagiri, Annapurna, and Manaslu. 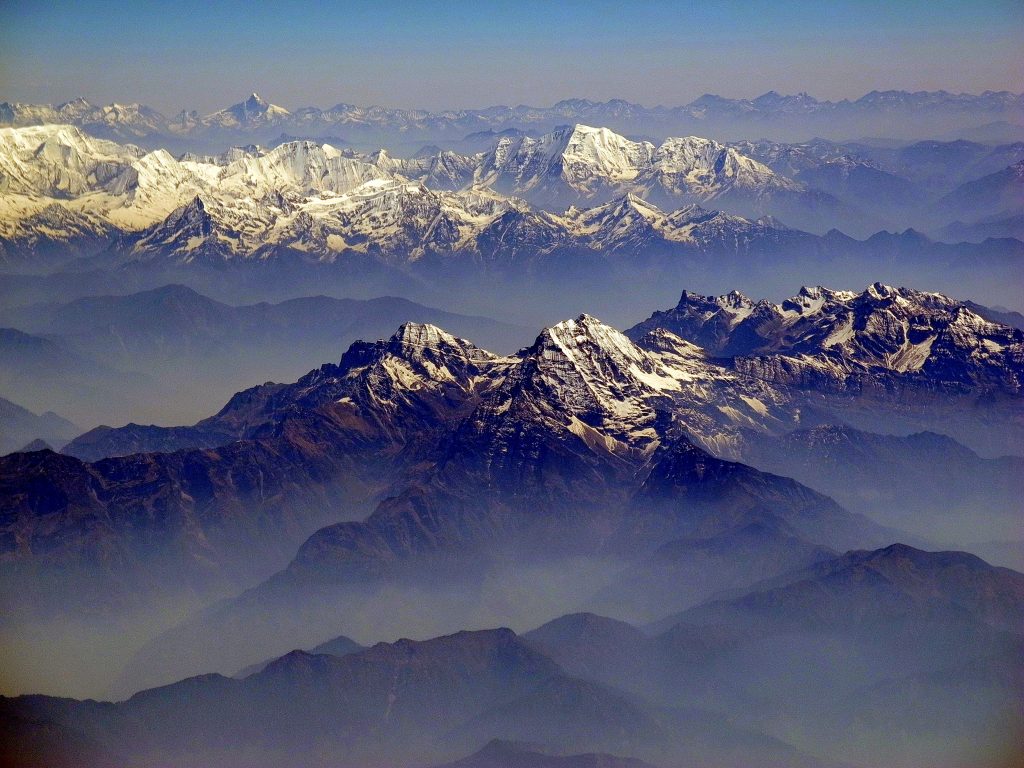 FANTASIES OF THE LANGTANG VALLEY

The Langtang National Park is located in the area. About 4,500 people live inside the park, and many more depend on it for timber and firewood. The majority of the residents are Tamang. The park contains a wide variety of climatic zones, from subtropical to alpine.

Approximately 25% of the park is forested. Trees include the deciduous oak and maple, and evergreens like pine, and various types of rhododendron. Animal life includes a Himalayan black bear, the goat-like Himalayan tahr, rhesus monkeys, and red pandas. There are also stories of Yeti sightings.

The park contains the Gosainkunda lakes, sacred to Hindus. Pilgrimages are made there in August. Another spiritual site is the Buddhist monastery Kyanjin Gompa. Popular activities for tourists in the park include trekking, climbing, and white-water rafting. 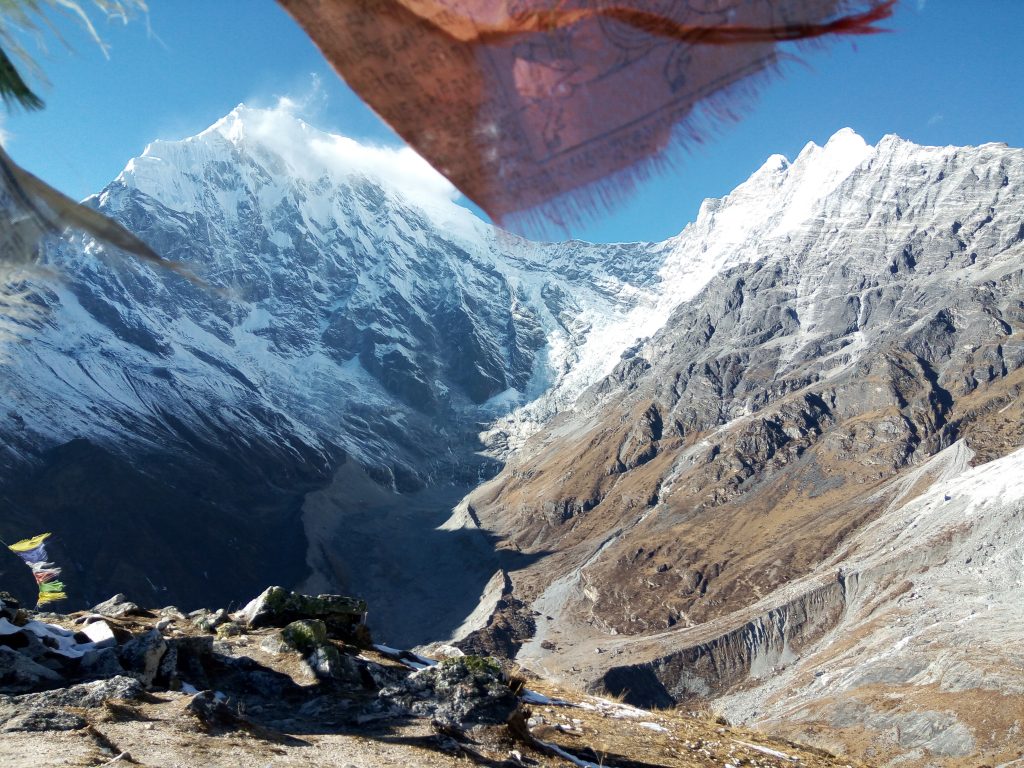 Langtang is 6 hours drive from Kathmandu and offers you short day hikes or week-long into the lake district with Gosaikunda, Parvatikunda, Bhairavkunda, and Dudhkunda. With ranking number 43 to visit in 2017 on the New York Times, the trekking is cheaper but not that remote and raked as moderate difficulty.

The best advice on this trek is to plan alternatives for your transport, avoid night travel, and higher taxi fare. Government across the globe advises you to take ‘high caution’ when traveling in Nepal. As a tourist, you’re at risk of theft, assault, the usual.

Don’t be in a (social) media blackout while there – you need to know the risks as things can change quickly. The official advice is not to trek alone – use reputable agencies instead. Another reason you’ll need to keep your ear to the ground is that roadworks continue to disrupt roads throughout the country not to mention demonstrations and strikes the crop up at short notice.

Construction is picking up a lot of dust, which does nothing for air pollution quality. And speaking of dust, there are landmines and improvised explosive devices in many parts of Nepal including some trekking areas. Stick to the clearly identified tracks and look out for signs. 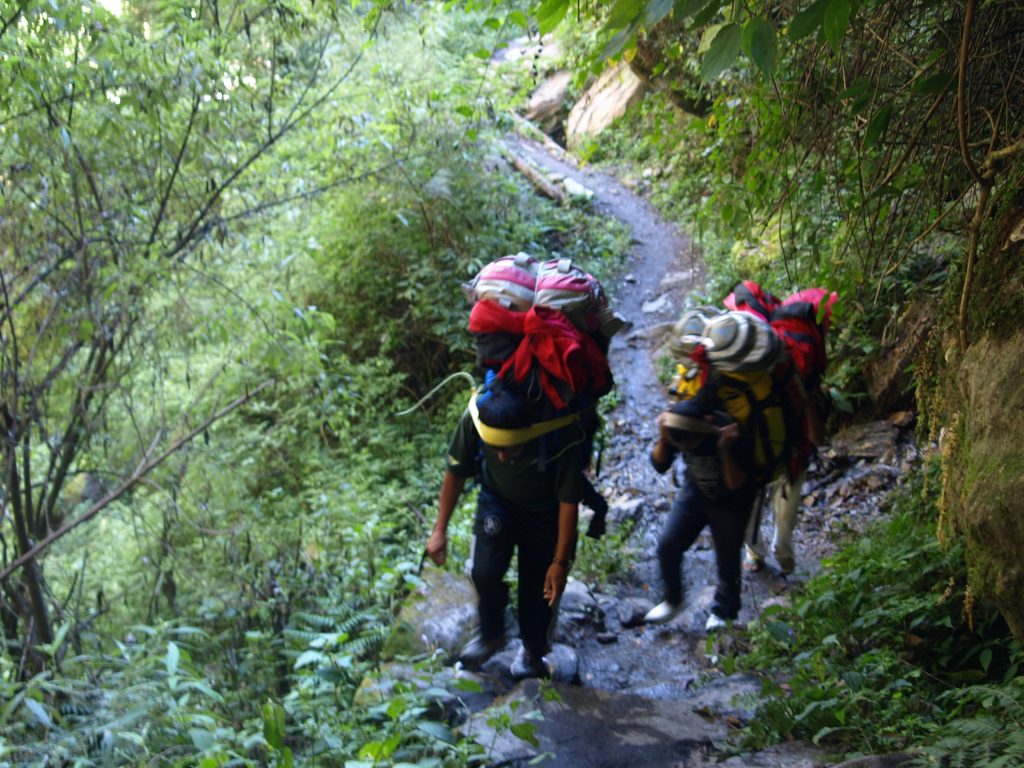 Apart from this, trekkers need to watch for their health, hygiene, waste management, climate changes and plan ahead of their traveling experience. By doing this you can be safe from all sorts of threats.

With the best trek organizer, knowledgeable guide, and proper trekking experience, you can ace the routes. Getting a trekking area map is the first step to navigate where you are going and the fun part is Nepal Lion Tours & Treks does provide trekkers with that. Most trekkers can easily do the Langtang trekking in a week including certain transports too.

There are a lot of routes that expert guide knows and the most trek experience depends on them.

Knowing package itinerary is a must and you may want to include the whole Langtang in it. But let us see some of the best routes to Langtang that many agencies provide.

Also, you can simply point out the major routes that lead to Langtang with the best places in it.

Following is the Langtang Gosainkunda and Helambu Round Trek-13 Days trek route which is mostly preferred by many.

Outline Itinerary of this Complete Guide to Langtang Trek 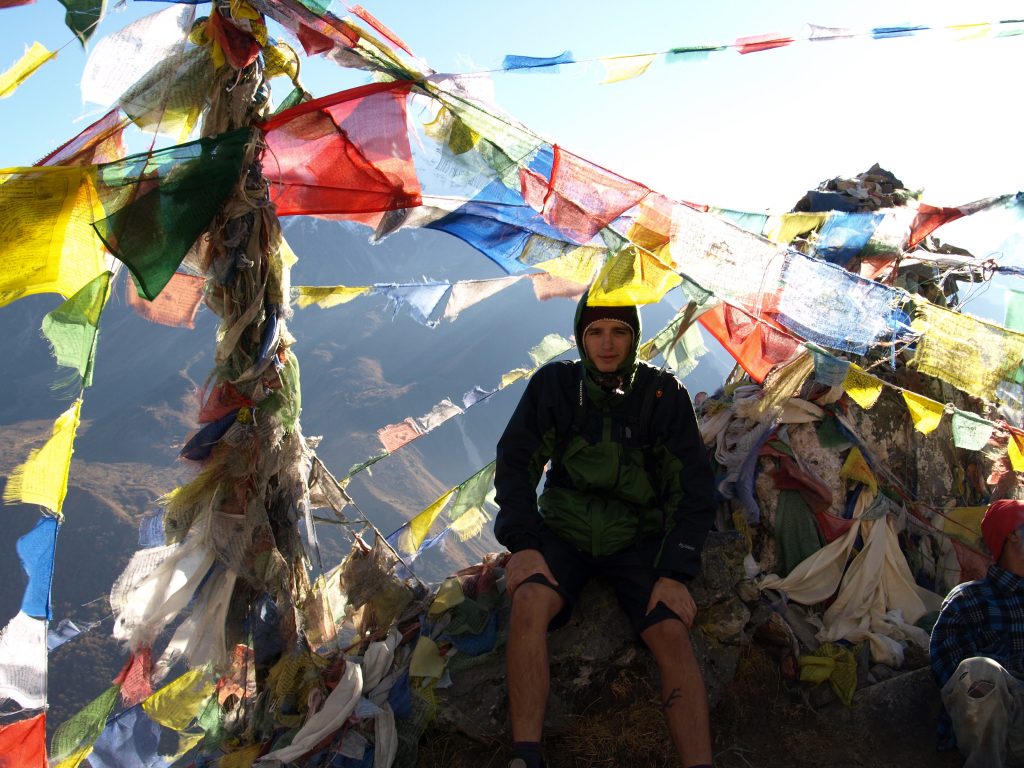 Given the 2015 experience, avoid monsoon season from June to September, so that means the best time to visit is either March to May or October-November. That’s when landslides, particularly near major roads and in all trekking areas, are more likely.

Our tour managing and client customization report show you can do a seven-day Langtang Valley View Trek for about US$ 550 for a week edging up to about $1200 for two weeks. There’s a huge range so do a deep dive into the fine detail to save disappointment. If you’re comfy traveling solo, you’ll be in good company, pardon the pun, particularly if you don’t mind other trekkers befriending you.

ARE YOU FIT FOR THIS TREK? 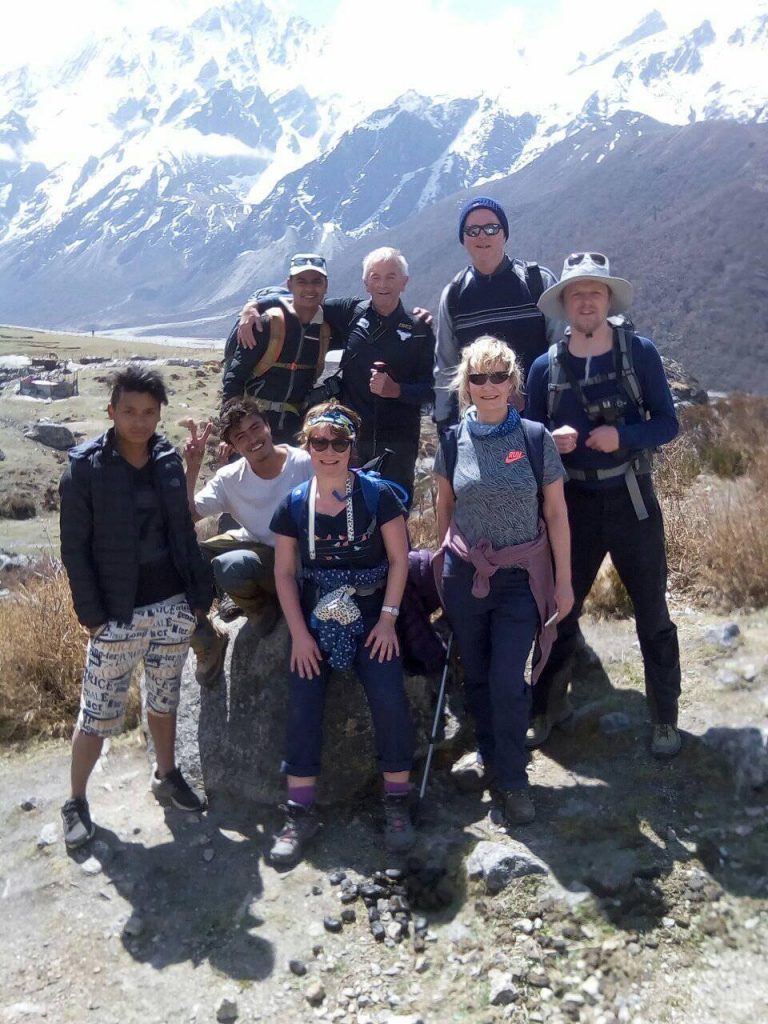 You’ll need an average level of fitness to tackle the tracks, particularly as you’ll be walking at a higher altitude than where you probably live. For some people ‘high’ altitude could be as low as 2,134m. Symptoms include dizziness, headache, nausea, vomiting, tiredness, lack of appetite, faster heart rate, trouble sleeping, and more. Giving yourself time to acclimatize to the hypoxic environment is the key. And if you invest in a porter to carry your baggage, that’s good insurance against issues too.

After the most amazing Langtang your options may include local buses, battery-run three-wheelers, ponies, and bullock-carts but to speed it up, go for the rickshaw. So if it is in your head- where to go? From Langtang, you can explore Bhaktapur (64km), Patan (70km), Pokhara (184km), and Ghandruk (204km). Believe me, you haven’t explored Nepal that much.

PERMITS FOR THE TREK

Check-in with your nearest Embassy or Consulate of Nepal for a visa and they may also have an online smart traveler registration portal for you to lodge your trip details. Once you have your Nepal visa, then to trek Langtang you’ll need your trekking permit plus registration- the TIMS (Trekkers Information Management System).

Try your luck and get your TIMS from the tourist information office in Kathmandu the day before you start your trek or let your trip organizer do those hectic works. By why live that dangerously? Plan with some wriggle room.

Buy your TIMS card from an authorized trekking company, TAAN offices in Kathmandu or Pokhara, or the Nepal Tourism Board office in Kathmandu. Trekkers in groups will pay about US$10 and individual trekkers about US$20 for their permits. There will also be a National Park Conservation fee.

If you are a blogger or a Real-time bragger you can update your content. For example, make sites up to date and let everyone know how safe has Langtang became and how much you enjoyed the company with Nepal Lion Tours & Treks.

Back home though, once you’ve ‘done’ Langtang, you haven’t ‘done’ much Nepal – you’ll be wanting more. Consider writing your own blog about your treks and sharing it here. Besides, if vlogging’s your thing, get inspiration on crafting your content here (and get a peek at your next adventure